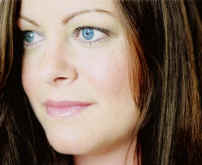 BEST SONGWRITER
Alyssa Hendrix from the USA was voted Best Songwriter at Music Aid 2006 for her song "Good Summer Rain". She was featured on the the Music Aid International Music Awards 2006 industry CD and received a presentation Gold Disc.

Listen to the winning track here 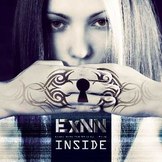 BEST BAND
ExNN from the Republic of Moldova were voted Best Band 2006 beating very close contenders for the title from the USA. The band were promoted by Music Aid, were featured on the the Music Aid 2006 CD and they received a presentation Music Aid 2006 Gold Disc Award. After their win this video was made of their winning song Inside - Watch the video here
See the band's profile here 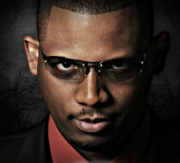 BEST COMPOSITION
Frantz Eddy Daniel is a composer from Haiti. There were many excellent entries in the Best Composition category but you voted Frantz as the overall winner. His composition "Reflection" features on the Music Aid 2006 Awards CD and he received a presentation Gold Disc Award from The Music Aid Organization for his work.
Visit his Facebook Page here.

BEST PRODUCTION
"Real", from USA band Liquid Blue was voted the Best Production in 2006. Produced by band member David DeVore. It is featured on the Awards CD and David was presented with a Music Aid 2006 Gold Disc  Award.
Visit the Liquid Blue band website here

BEST FEMALE SOLO ARTIST
Shay Dillon from the USA was voted the Best Female Solo Artist in 2006 with her song "Holdin' On". Shay was featured on the the Music Aid International Music Awards 2006 CD and she received a presentation Gold Disc Award from The Music Aid Organization.

Visit Shay at Broadjam here
SPECIAL MENTIONS
The following entrants receive special mention at Music Aid 2006
These entrants are noted here because the organizers and producers were impressed by these artists and believe they deserve a special mention for their work.

THE NOMINEES BY COUNTRY